We encourage and welcome all women interested in all aspects of cycling. We have a good squad who vary in their interests including track, time trials, mountain biking, cyclosportives and road racing as well as those who just want to join in on the club run and develop their bike handling skills.

V (Wiesia Kuczaj) is organising the team this year whilst our road racing rep (Lisa West) is away on sabbatical. If you would like to race for Twickenham Team in the races listed below, please contact  V by E-mail ([email protected]), or you can contact Jo Foster for more general info on road racing.

We encourage anyone who is interested in road racing who is new to the sport to get involved in local criterium (closed circuit) races at Crystal palace (Tuesday nights in summer) and Chertsey (more info on the Surrey League website) amongst others.

You can also find out a lot of good information on the London women's cycle sport group on Facebook where everyone updates on what's going on.

In February 2010, the London Womens Cycle Racing League was formed to attract more women into racing - click here for their promotional flyer, or visit their website at www.londonwomenscycleracing.com

If you want to come and meet us, you are welcome to come along on a Tuesday evening to ourClubnight to have a cup of tea and a chat about your aspirations at 20:30.  We are at the Long Room, which is at the back of All Hallows Church, Erncroft Way, Twickenham.

If you want to join the Tuesday night training session, turn up at 7.15 to either go out on the road for a 20 mile ride, or join Coach Mac's road skills session which both occur in the summer.

We also have group turbo sessions which run October to April (where you put your bike on a static trainer) and pedal like mad according to Coach Mac's training plan.

Happy to ride in a group and are able to maintain an average of at least 16mph?
Just up at clubroom at 9am Saturday for the Club Saturday ride which is 40 miles with a cafe stop at Fairoaks airport. We usually get back by 13:00 and by repeating the same route each week, it is easy to learn and it is a great way to improve your fitness.

On Sundays there is also a Club ride which varies between 50 and 70 miles and covers different routes in the Surrey Hills or out to the west as far as Marlow. Meet at the NE corner of Twickenham Green by 09:30, you are usually back between 14:00 and 15:00. Depending on who turns up the riders are split according to speed but the slowest group should be able to maintain an average of at least 15mph. 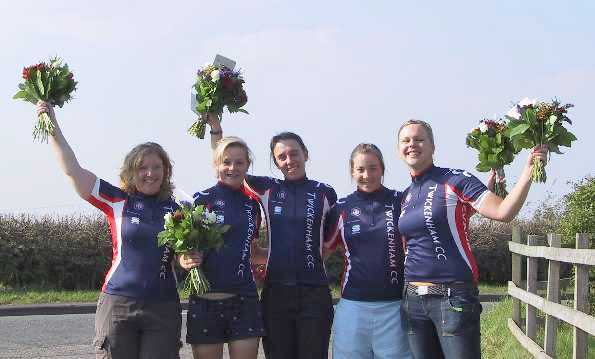 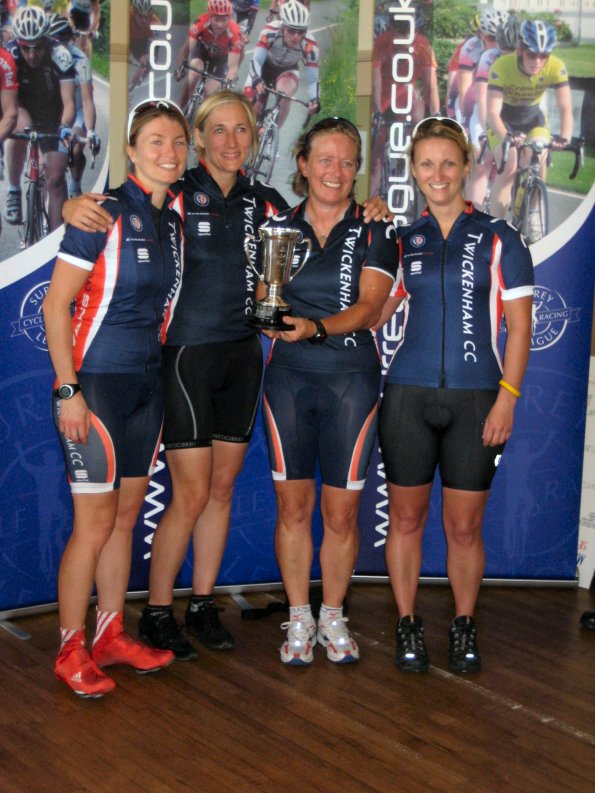