A works team including Jason Harris finished 14th out of 184 teams of 4 in the 120 kilometer round Loch Ness challenge.

Each team member completed a part road, part trail run in team order, was transferred by First Bus to a separate transition for a mountain bike or road section in the same team order.

"I got the easiest run (took 24 places) and consequently the hardest ride. Straight out onto a 7k 350m climb with a few false flats thrown in to test the morale, with a Piper at the actual summit. I never ever thought I'd be glad to hear the 'auld agony bags'!
Then, fast, rolling downhill to Loch level with some wet single lane roads (with passing places) and even some hairpins thrown in, so with some of the hardest climbing I can remember and some almost reckless descending, I caught 2 and was passed by a bloke from Exeter on a six13.
All this information was unsolicited as at the time I was unable to contribute to the conversation.
Miss Mc'Andrew overtook me on the run but at least she didn't get me on the bike leg." 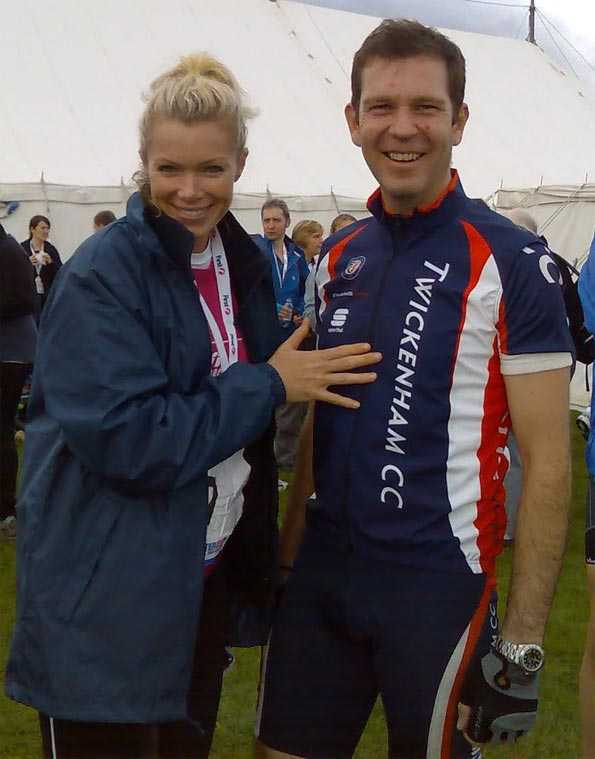 Nell Mc'Andrew endorses the Twickenham kit at the finish of the 'First Monster' duathlon at Inverness today.