A report from Johnathon Brent

A good time was had by all at L'Eroica.
Jason and I both squeaked in just before 7PM after a 6:40-ish morning start (in 4C temps - brrr - I was quite literally wearing every last piece of kit I'd brought). 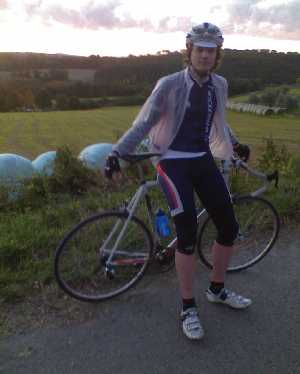 The town bells were just chiming 7PM as I crossed the line (explaining the +2mn time shown on my card). 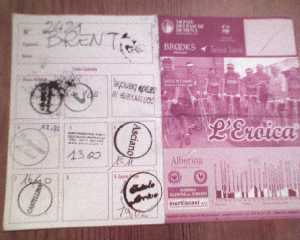 Mac was having an "off day" so he somehow rode an extra 70km farther than intended and finished the long course some time after 7, after having missed the turn for the medium course. 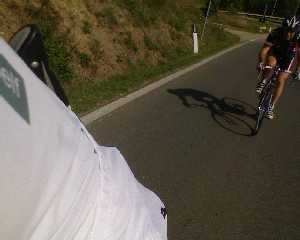 The ladies team reported back with lots of fun and camaraderie along the medium course. Once the day warmed up, it was pretty much sunny and perfect.

The 205km long course was brutal, in a hugely epic way. It was up & down the entire route, and more than half on gravel. The pounding transmitted through the bike on some of the descents made them worse than the ascents. Potentially. I don't want to get carried away with this idea.

Tuscany is gorgeous country for cycling. The scenery was terrific, with the spires of ancient towns sprouting from rural hilltops. The old-style food at the feeds was delicious, particularly the ribollita (bread & bean Tuscan soup) served at the last couple of feeds. 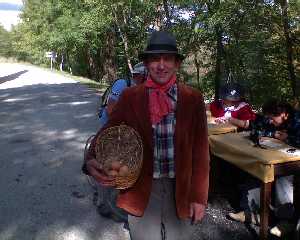 Neither Jas nor I made much use of the wine on offer at the feeds, but were rewarded for our efforts in finishing with bottles of Chianti Classico. I'd call that a fair trade.

My bike is filthy. To give you an idea where such a mess came from, I spent literally one full day in Italian sunshine with no SPF and my UK complexion did not burn. The dust from the strada bianca did such a good job of coating everything, including the insides of my lungs, that the natural effects of the sun were offset. 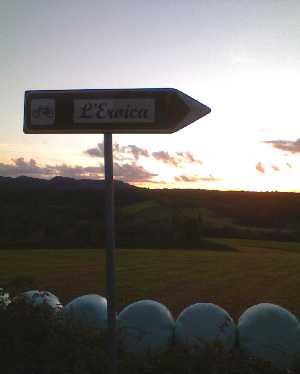 In off-bike news, Jason was a pig-in-slop at Saturday's swap meet and got his Torpado accredited as an olde-tyme bike. Sunday, Barbara was a saint, driving around the route to meet us at feeds with status updates about the others and to pick up / drop off unnecessary lights and kit as the day's conditions changed. It seems as though a good time was had by all.