Held over 20.8 miles and based on 2 circuits of the F5/11 course, Ben Nicholson, Mat Myers, & Gavin Mitchell graced the tarmac alongside reknowned specilaists of the discipline including Olympians & World Champions in the shape of Bradley Wiggins, Chris Newton, Rob Hayles, Emma Pooley, & Wendy Houvenaghel, and winner of this year's Junior RR Series, Joe Perrett.

Steve Home will also be in action at Rusper next Sunday, riding the afternoon's E/1/2 affair, with Dave Peck, Mark Spindler, Mat Myers, & Will McFarland competing in the 3/4 AM race.

Congratulations to Rob Griffiths who won the latest round of this year's West Condon Combine series held on the HCC114 Wendover By-pass course.

Clayton Edge continued his promising form with a 3rd place in the 3rd Cats selection on Saturday.

Clayton's entertaining musings on the day's events can be read on TCCTalk.

The final results of the National Junior Road Race series have now been published, and Sandy King finished in 5th place (not 4th as estimated last week). Nonetheless, a superb result.

David Seymour rode via Newhaven, as part of the Hope and Play ride to set up play areas for the children in the Palestinian West Bank & the Gaza Strip. Crossing from Newhaven to Dieppe, they stopped overnight in Chantilly, before completing their 225 mile trip at Gare du Nord station.

Mark Veldmajier, Des Bennett, George Kirken, & Kevin Bird, had a fine weekend's riding, crossing from Dover to Calais / Coquelles, then following the coast to Berck, before staying over in Amiens. The final day saw them enter Paris from the west side, before reaching the Eiffel Tower on Sunday afternoon. John Scott joined us in Dover, and rode along with us before heading towards Criel. A full report will follow, but here's some statistics to be going along with....... 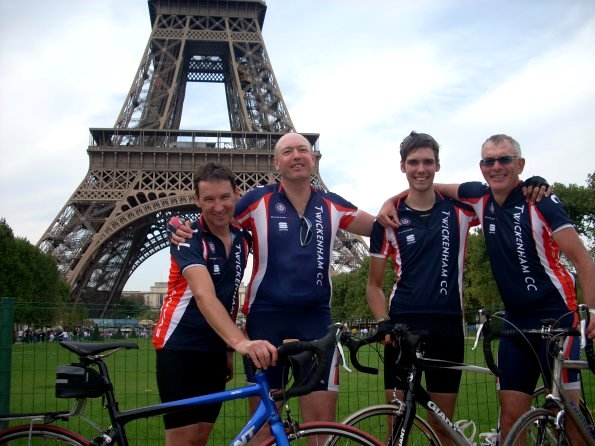 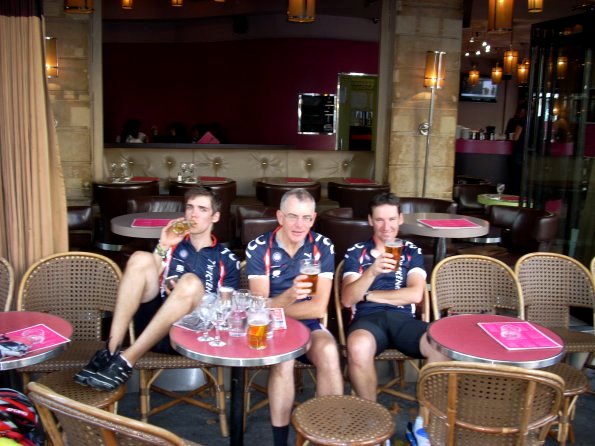