Sandy King and Corrine Hall were both in action at the European Road Championships over the weekend. Sandy rode in the Men's RR, whilst Corrine competed in both the TT & RR. 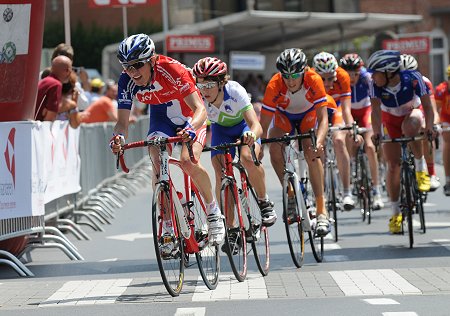 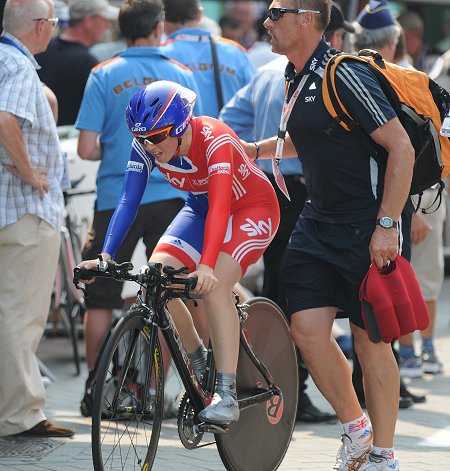 Congratulations to David Jack for collecting a BRONZE in the 40-44 Sprint at Newport.

Sunday saw the second running of the Dave Griffiths Memorial RR held on the Lyne circuit, near Ottershaw. Dave was a member of Twickenham CC for many years, before being instrumental in the setting up of RT316 2 years ago.

Official results not yet published, however Dave Peck finished approx. 15th overall, and 3rd in his age group. Josh Worrall, in the early stages of his return from injury, found the going tough, and dropped out.

Fittingly, this race was officiated by long-term friends of Dave, Commissaire - Doug Collins, Clerk of Course - Bill Butterworth, & Event Organiser - Ray Healy, with many others out on the circuit & back at HQ helping out.

A report on TCCTalk from Dave Peck can be read Here

Jason, Lisa, & Denis took part in the Marathona Dles Dolomites on Sunday. The 138Km "Marathona" route featured a leg-wobbling 4190m if climbs, whilst the 106Km "Medio" route made do with a mere 3090m!

Results indicate that 8812 riders finished, with Lisa being the 3rd best GB Lady, and Denis was 6th fastest GB Male for the 106Km ride. Jason was 12/32 GB rider in his category.

Aw it was annoying.  I was in the bunch but there was a 10 man or so break out.  2 laps to go there was a big crash....an iTeam rider ended up in a sling (collar bone?).
I got round but the remains of the pack didn't have much chase in them.  We worked for a bit but lots wouldn't/couldn't help.
Never caught the break.  They just had too big a gap by the time everyone had sorted themselves out.
Next time I need to be in the break when that happens!!  Not chasing it!!!

"Last weekend Steve Home, Dave Power (ex member), Andy Brown and myself rode La Marmotte. It was a very very tough ride with 38 degrees of Alpine sunshine on Alpe D'Huez at the end. Myself and Dave Power (ex member) managed to get the gold standard. I think Andy enjoyed the experience and came in at approx 10h 20minutes."

"I’m back from La Marmotte!
Top line is I wanted to hit the Gold standard (10h32 for the Old Bird Category) so I pushed all the way, even though my gears had started to misbehave the night before.
The weather was a mixture of very hot (38C) and thunderstorms with torrential rain (which helped to cool me off all the way up Galibier).
I hardly took a break but thought I’d blown it by the time I reached the base of Alpe d’Huez after 160k and approx 3900m ascent.
Still, I kept pushing, and about 6k from the top I realised that maybe I still had a chance to make 10h32...  So I pushed even harder.
Everyone was dropping like flies around me as I charged up the outside!
Don’t know where I found the energy...  the crowds loved it and really cheered me on as I hurtled towards the finish line at 30kph, crossing it as if I’d won the race.
I had matched my best time up Alpe d’Huez of 1h25 and my HR monitor told me I’d done enough for Gold!  I was ecstatic.
Sadly, though, when I handed in my chip and collected my diploma, my official time was confirmed at 10h34, I had missed Gold by just 2 minutes but am none-the-less delighted with my silver medal and still have it on now!

PS I met Emma Williams the day before, she was aiming for 12h so was delighted with her time of 11h05.

Next Saturday morning sees the next round in the Womens Team Series, being held fairly locally at Oakley, Bucks (a few miles west of Aylesbury), and I'm sure that our squad would appreciate your support.

Footnote :- Inhabitants of Oakley have included both David Icke, and Max Moseley.
Your author absolutely and unequivocally sits on the fence with regard to the possibility that the above articles may be both imbalanced and irrational, being from the Daily Mail website, and co-incidentally each contains at least 3 occurrences of the word Nazi !