A great turn out for the first of the Imperial RT Winter Series at Hillingdon saw some lively action in both races. Twickenham CC were well represented on the tarmac, and in a supporting role too. Many of our recently joined members came along, had a go, and put a few markers down for all to see! Tom Sutherland & Nigel Atkins put the cats amongst the pigeons in the 4th Cat race, picking up some fine places (& points!), whilst in the E/1/2/3 race Josh Worrall took some notable scalps, including a number of Elite & 1st's.........

Well Done All - Keep up the good work ! 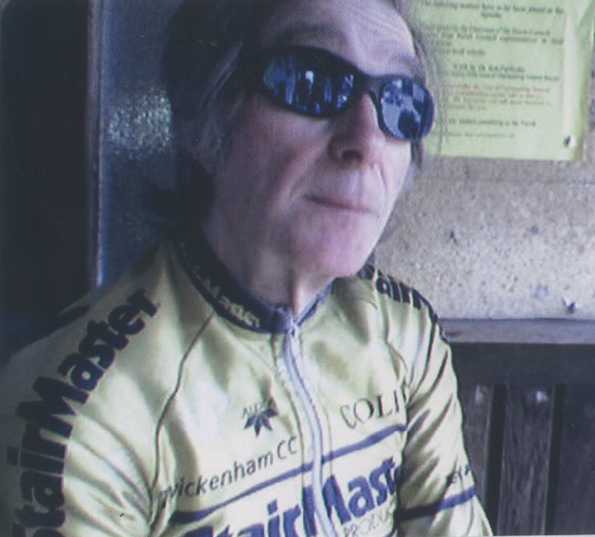 On Sunday 7th December a subdued group left The Green & headed down to Peaslake to pay our respects to Mike Fletcher, who passed away recently. We stopped and remembered Mike at his favourite Tea Stop (at the Bus Shelter), a place he used to visited almost every other day.

On our return from Peaslake on Sunday, our route took us down Staple Lane near West Clandon. This is an extremely well-trodden path for many of us, and we know the descent, and our own capabilities well. Unbeknownst to us, however, was that due to the descent being north-facing, it had not seen any sunlight through the morning, & had turned into a treacherous slope, more suited to Torville & Dean, than cyclists. Many of us took a tumble, at various different junctures, with yours truly having to spend 4 nights at The Royal Surrey County Hospital as a result! Having just recovered from one debilitating incident, I'm now going to be back off the bike for another stint of convalesence......OH BUGGER!